a few days together 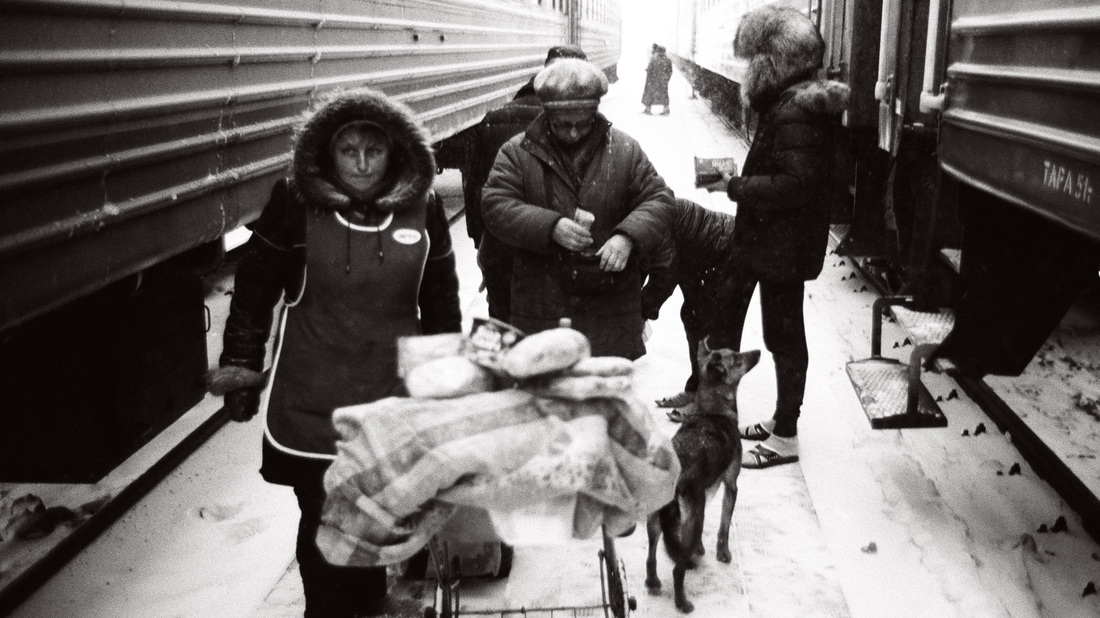 A long journey in the overheated third-class carriage
of a train moving through the Russian winter at the speed of a galloping donkey, in the company of an ex-Red Army serviceman met by chance on the opposite bunk and who will become the commentator of things and people. The most unexpected characters get on and off, eat a bit, chat, lose themselves in thought, snort and, most of all, tell the story of their broken lives.